July Offer : Spend over £50 and get 10% off + double points! Use voucher code JUL2 at the checkout

Under the decorative cap on top of the fragrance lamp is the stone, which is warmed when ignited and fuelled by the oil in the bottle.  Air is drawn into the stone, where the molecules that carry odours are destroyed, together with airborne micro-organisms.  The perfume of the oil is then released as purified air, freshening the room.  This is known as diffusion by catalytic combustion. 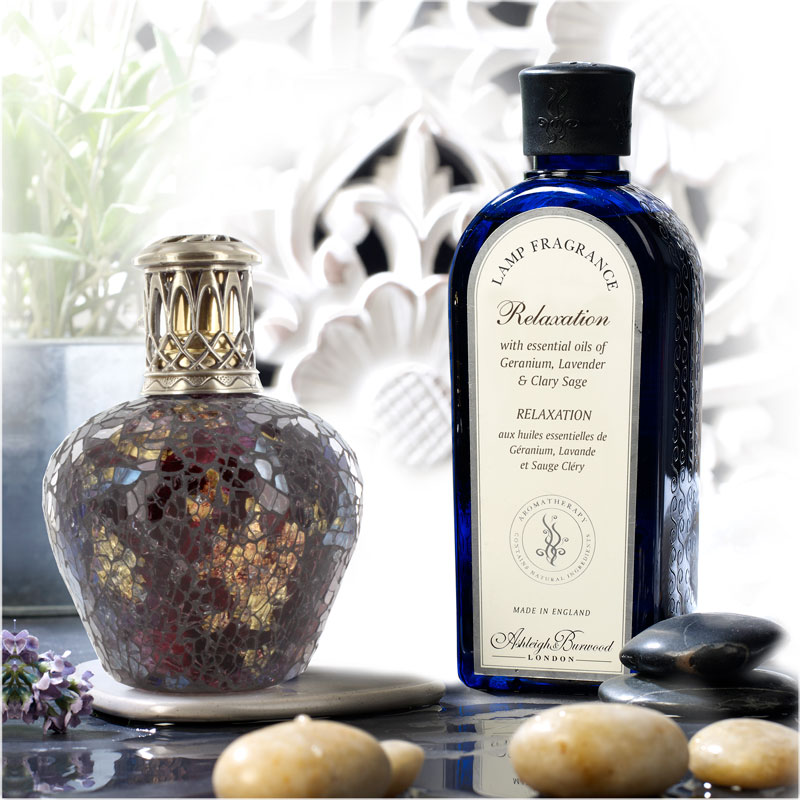 Catalytic Fragrance lamps originate around 1898 when French pharmacist Maurice Berger patented the design and it was used in hospitals of the day to purify the air.  Later in the 1920s, designers were commissioned to create aesthetically pleasing bottles suitable for private homes.

How to Use the Fragrance Lamp

After filling the bottle with fragrance oil if necessary, the decorative cap is removed and then the stone is lit.  After two minutes the flame is extinguished by blowing it out, but the stone remains active as a heated burner fuelled by the oil in the bottle, drawing the oil up through the wick.  This flame-less operation makes the lamps safer to use than scented candles.  The lower operating temperature also means that the aromas in the oil are diffused very efficiently into the air without being burned.

While air fresheners and room sprays usually attempt to mask odours, catalytic Fragrance Lamps actively purify, cleanse, and perfume the air in a wide area.  Common odours produced by cooking, pets, tobacco can be safely and effectively removed by using these lamps.